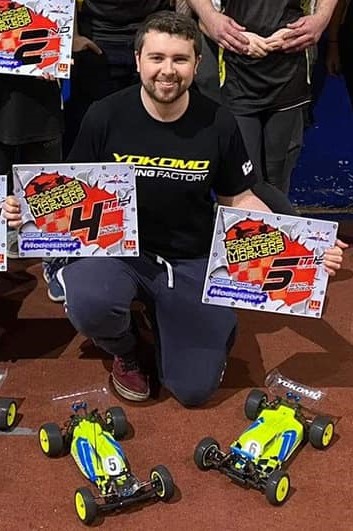 My name is Greg, I’m 26 from the UK. I have been racing for over 20 years with my main focus being on 1/10th scale 2wd and 4wd off-road. I compete both locally and nationally within the UK so if you see me trackside, come over and say hi!